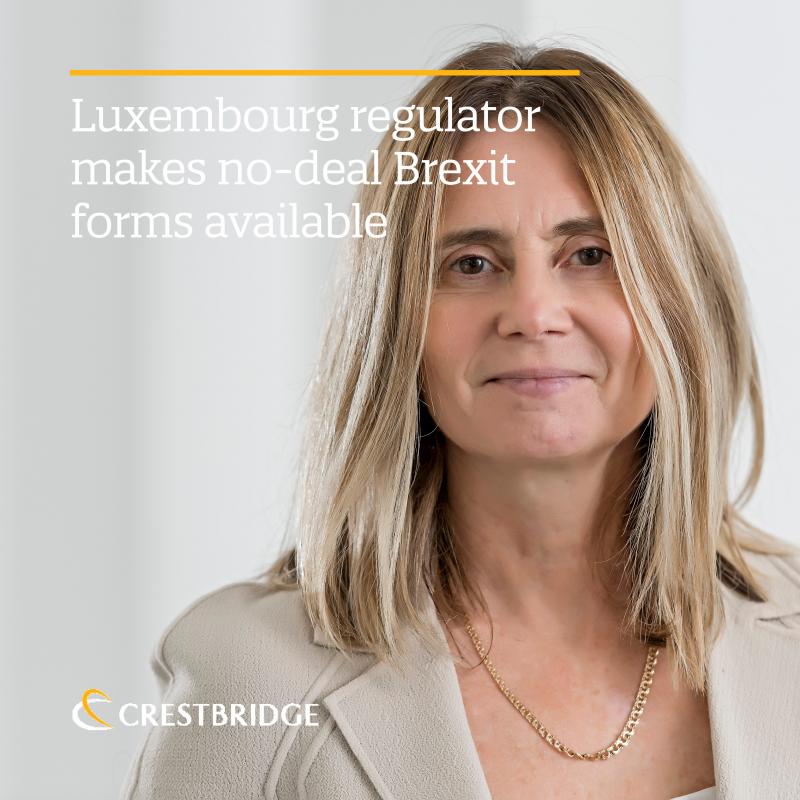 The Commission de Surveillance du Secteur Financier (CSSF) made new ‘Brexit Notification’ forms available through its recently launched eDesk online portal, which need to be completed by all UK-registered fund managers, firms and investment funds wishing to carry on business in Luxembourg during a 12-month transitional period after 31 October.

The forms, which assume a no-deal scenario, need to be completed and returned by 15 September 2019.

Commenting on the newly available forms, Daniela said: “With the prospect of a no-deal looming ever larger, it’s really important that fund managers should be ramping up their Brexit mitigation strategies. These notification forms provide a guarantee of ongoing market access in the event of a no-deal Brexit and we would certainly encourage managers to complete and return them as a priority if they are to avoid disruption in their Luxembourg activity - particularly as it seems likely that the CSSF will be receiving significant volumes of these notifications ahead of the 15 September deadline.”

The forms are available via the CSSF’s eDesk portal at https://www.cssf.lu/edesk, whilst for further support the Crestbridge team in Luxembourg can be contacted via https://www.crestbridge.com/luxembourg.