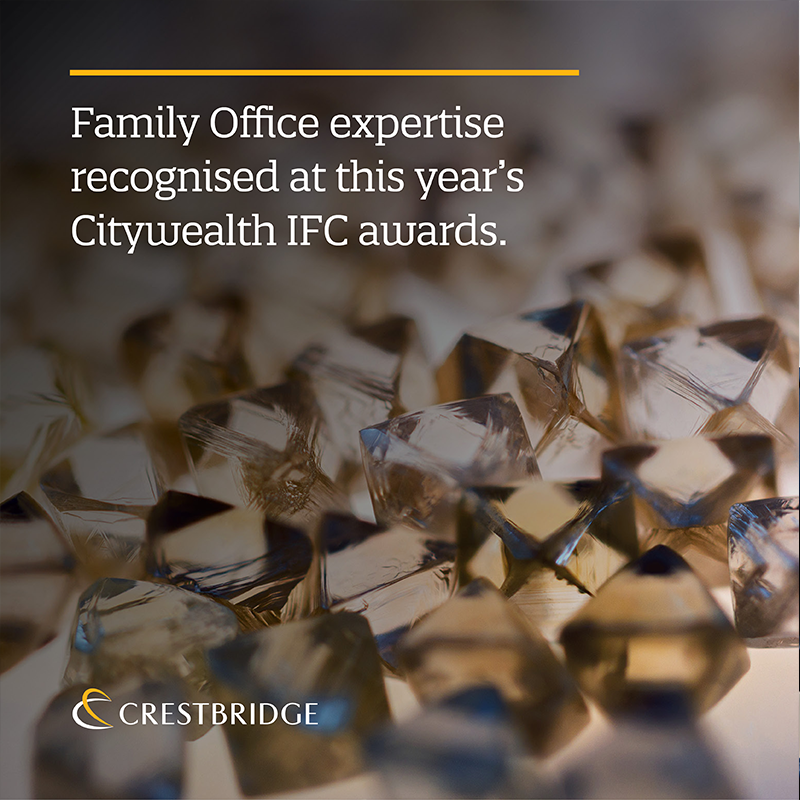 Crestbridge has once again been recognised for the calibre of its family office expertise at this year's Citywealth International Finance Centres (IFC) Awards.

As well as being named 'Jersey Trust Company of the Year', Crestbridge was also the runner up in the Family Office category at the awards ceremony, held this week in London.

The Awards are now in their eighth year and are designed to highlight excellence and exceptional achievement across the private wealth space in IFCs. With 26 categories spanning all sectors of private wealth management, the awards were judged by a panel of independent, internationally diverse practitioners.

Commenting on the awards, Heather said: 'To be recognised for our expertise in what is a really competitive and complex market is clearly fantastic news for our team. Our focus is on supporting families with their wealth and succession planning strategies across multiple jurisdictions, and our success in these awards is testament to our combined strength in delivering that.'