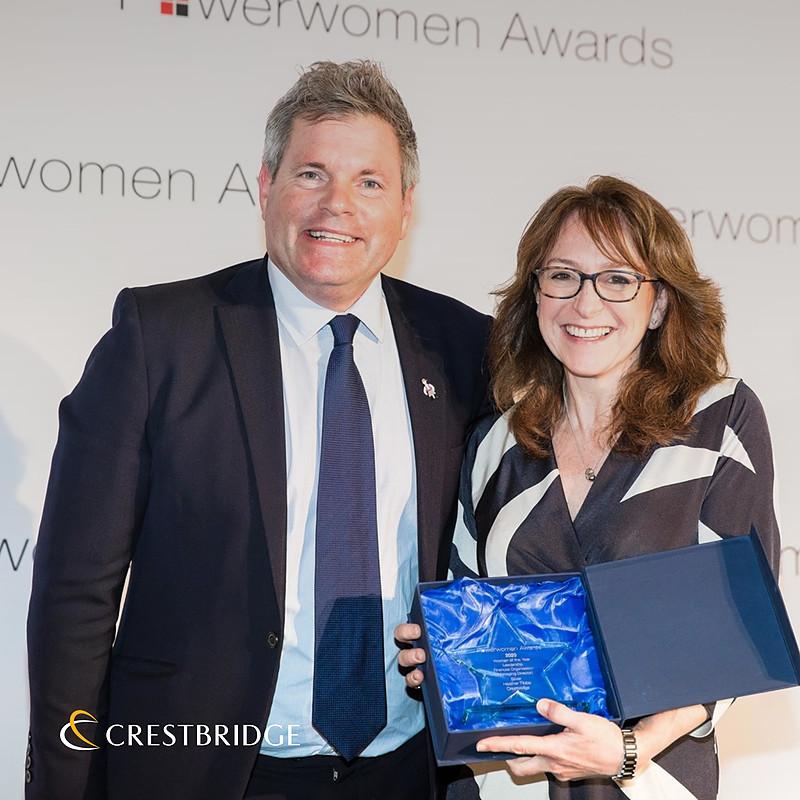 Crestbridge received double recognition at this year’s Citywealth Powerwomen Awards, after Heather Tibbo, Group Head of Family Office Services, was presented with a silver award in the ‘Woman of the Year – Leadership in a  Financial Organisation (Managing Director)’ category and Crestbridge took home a bronze in the ‘Company of the Year – Creating Change for Women’ category.

The Awards, now in their seventh year, were presented at a gala ceremony held on the 4th March at the Montcalm Hotel in London.

Designed to champion women in the wealth sector and highlight the female leaders of today and tomorrow, the awards feature a range of categories recognising individuals who have excelled and firms that have proven to be champions of female leadership and diversity over the past year. Winners of the awards were selected by a panel of independent judges and voted for by the public.

Commenting on her award win, Heather, for whom it is the third consecutive year for being recognised through the initiative, said: "It’s hugely pleasing personally to be named in this list again, but more importantly, our inclusion as a firm is a reflection of the fantastic team we have at Crestbridge and the importance we attach as a firm to maintaining and celebrating a truly diverse workforce.”

Earlier this year, Heather was also included in PAM Insight’s Top 50 Most Influential list, which recognises and celebrates the most prominent and important figures in the UK and UK Crown Dependencies’ private client sector.