With market awareness of venture debt low, it's private debt’s best kept secret. That hasn’t stopped venture debt from growing at a faster pace than the broader VC market, substantially growing its market share of the start-up ecosystem in the process. 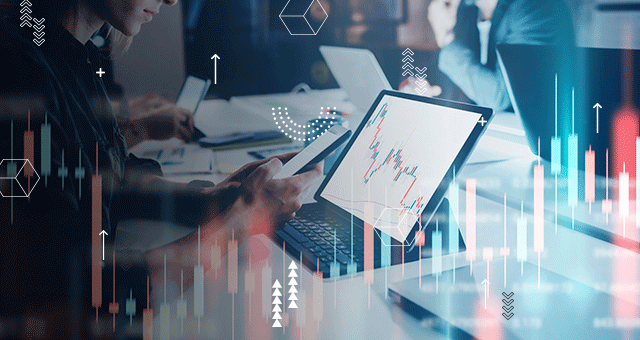 Whilst there’s no consensus on the amount of assets under management within the venture debt market and estimates vary wildly, the amount of deals made and capital at work within the asset class shows how quickly it has grown: from $5bn in 2010 to $25bn in 2019, almost doubling to $47bn in 2021, with dealflow increasing three-fold between 2010 and 2019 according to Pitchbook data.

As venture debt has grown, more lenders have entered the space, both dedicated venture lenders as well as banks and others who have diversified into the start-up space from other forms of lending. Despite more interest from all types of lenders, there’s still room for more players in this market. In 2019, there were just 16 venture debt providers in the UK and just 109 in the US, according to a British Business Bank analysis of Preqin data. These figures are lower than they could be according to research: Pitchbook has tipped the asset class for more growth in the US over the next three years whilst Deloitte states venture debt is still "underutilised” in the UK, noting that some programmes that do exist also constitute Eurozone capital that will now need to be replaced, post-Brexit.

The specific opportunity in the UK, says Deloitte, is amongst companies that are fast growing, pre-profit and/or pre-revenue and are scaling at the 5 to 20 percent per year rate. It’s also a keen market, where founders are looking to work with this type of lender, as seen with the success of the Barclays Venture Debt programme, which has provided debt to now-famous businesses in the UK like M Squared, Perkbox, Gousto and Green Man Gaming.

The advantage of venture debt funds

For entrepreneurs, venture debt represents an alternative form of funding for scaling their vision – taking on debt is cheaper than giving away equity and doesn’t dilute their or early funders’ stakes, it’s a more flexible form of funding and it crucially serves to extend a businesses’ cash runway between fundraising rounds. Venture debt can also be a form of patient capital, with the added benefit of offering founders access to investor networks, business advice and perhaps even operational support.

For managers and their investors, the space promises chunky returns in the constant search for stable yield. According to Wells Fargo data, venture debt funds can command interest rates of between 7% and 14% on loans with maturities of between three and six years. This has enabled venture debt managers to return more than 20% to investors annually from 2005 to 2019, according to venture lender Applied Real Intelligence. This is a figure many multiples higher than investment grade debt returns.

Because venture debt represents a way to give start-ups a cash injection without diluting existing equity holdings, managers with existing venture capital managers have found the asset class to be a natural complement to their existing business. Oxford Saïd Business School research confirms that the way venture debt is deployed serves to augment rather than replace venture capital.

Combined with the recent rise of Special Purpose Acquisition Vehicles (SPACs), which raised $80bn in 2020, the opportunity in venture debt for managers is even better, as there’s now much more investor capital in the market available to take the most promising venture-debt backed companies public. It’s no coincidence that the venture debt market has been hotting up at the same time as SPACs, as venture debt can act as a bridge to an eventual SPAC event.

Weighing up the downsides

Venture debt is of course not without risk: borrowers are, at the end of the day, companies that are early stage and therefore likely to be asset-light, pre-profit (or in some cases pre-revenue.)

Although a limited revenue track record makes for risky lending, risk is typically offset by securing loans on a range of different assets, including future recurring revenues (typical for software or subscription-based companies), product-based loans (for example on the future success of a vaccine), tangible assets like equipment or on equity warrants. Equity investors can also be pivotal actors in making the approach for or securing venture loans, reassuring lenders that should the company not be able to meet its obligations, then future equity rounds will.

Market saturation is another concern, especially in the US. Increased competition between venture debt managers means downward pressure on margins and potentially even the loosening of covenants, weakening the terms intended to protect managers and their investors from defaults. However, this may be more of a future consideration than present concern.

Interest rates are also a likely headwind, especially where economies are frothy and susceptible to calls for higher rates. However, raising rates is not now a priority for central banks and the Fed has indicated rates will stay low until 2023 if not for longer. It is unlikely that minor changes in rates would affect venture debt managers, very large changes could, but they are in turn less likely to be made in the first place, at current.

Near-term risks for venture debt managers are more likely going to be idiosyncratic, for example several large defaults in a short space of time would have an obvious adverse impact on venture debt managers. However, this too is less likely in a well-managed portfolio: Pitchbook data shows that venture debt has “uncharacteristically” low loss rates.

Despite these possibilities, the venture lending market is in a strong position and tipped for more growth – an inviting prospect to lenders of all varieties.