Here are 5 reasons you’ll be hearing a lot more from this underutilised asset class, over the next 3 years. 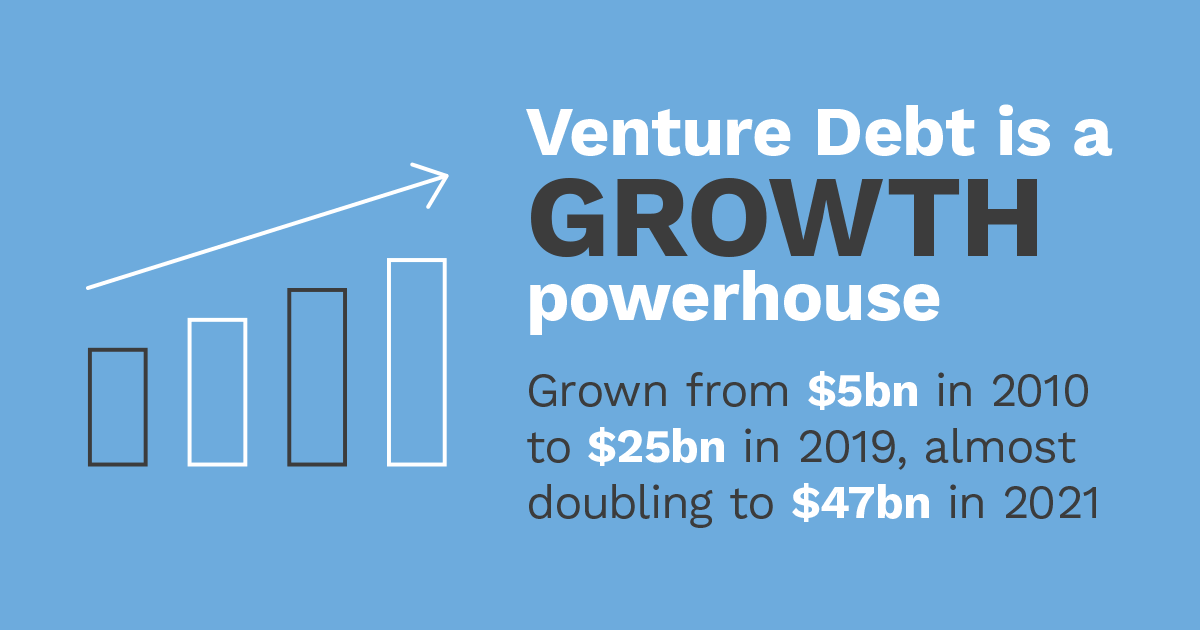 Whilst there’s no consensus on the amount of assets under management within the venture debt market and estimates vary wildly, the amount of deals made and capital at work within the asset class shows how quickly it has grown: from $5bn in 2010 to $25bn in 2019, almost doubling to $47bn in 2021, with dealflow increasing three-fold between 2010 and 2019 according to Pitchbook data. 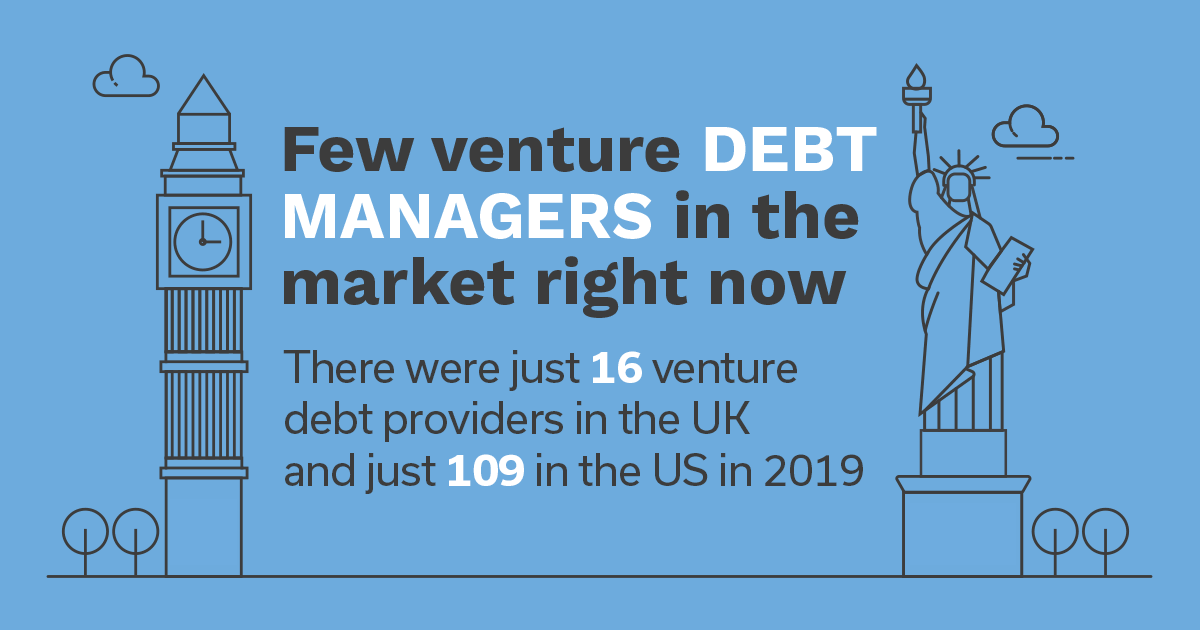 2. There are few venture debt managers in the market right now

There were just 16 venture debt providers in the UK and just 109 in the US, according to a 2019 British Business Bank analysis of Preqin data.

These figures are lower than they could be according to research: Pitchbook has tipped the asset class for more growth in the US over the next three years whilst Deloitte states venture debt is still "underutilised” in the UK, noting that some programmes that do exist also constitute Eurozone capital that will now need to be replaced, post-Brexit. 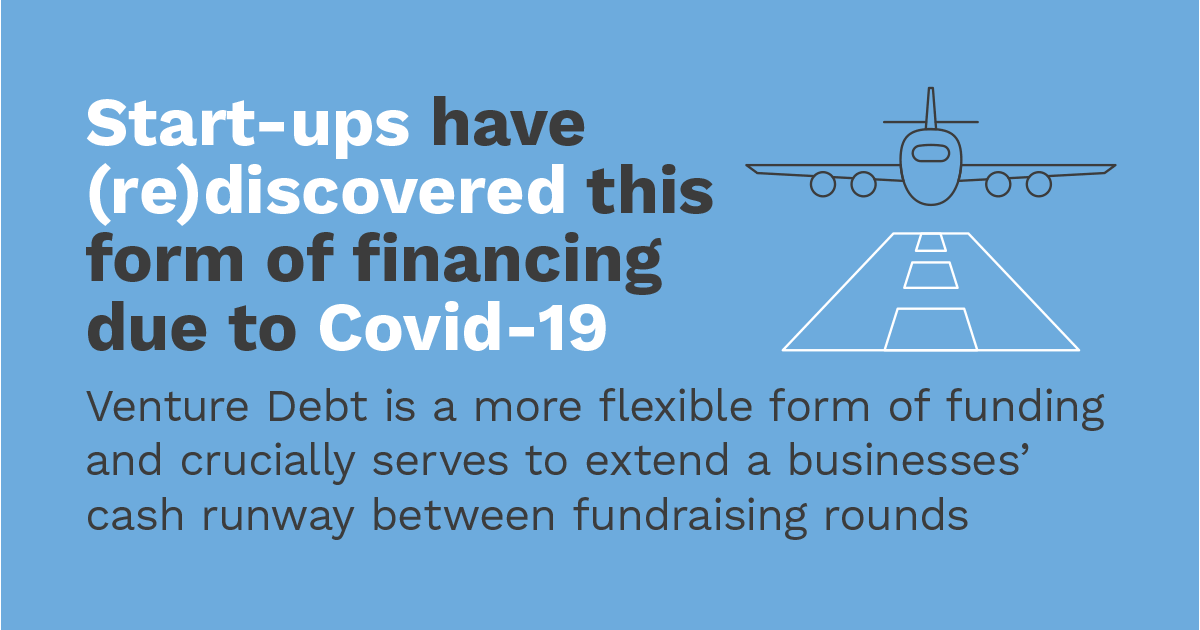 3. Start-ups have (re)discovered this form of financing due Covid-19 - and like not giving up their equity in return for a cash injection

For entrepreneurs, venture debt represents an alternative form of funding for scaling their vision – taking on debt is cheaper than giving away equity and doesn’t dilute their or early funders’ stakes, it’s a more flexible form of funding and it crucially serves to extend a businesses’ cash runway between fundraising rounds. Venture debt can also be a form of patient capital, with the added benefit of offering founders access to investor networks, business advice and perhaps even operational support.

This is a keen market, where founders are looking to work with this type of lender, as seen with the success of the Barclays Venture Debt programme, which has provided debt to now-famous businesses in the UK like M Squared, Perkbox, Gousto and Green Man Gaming. 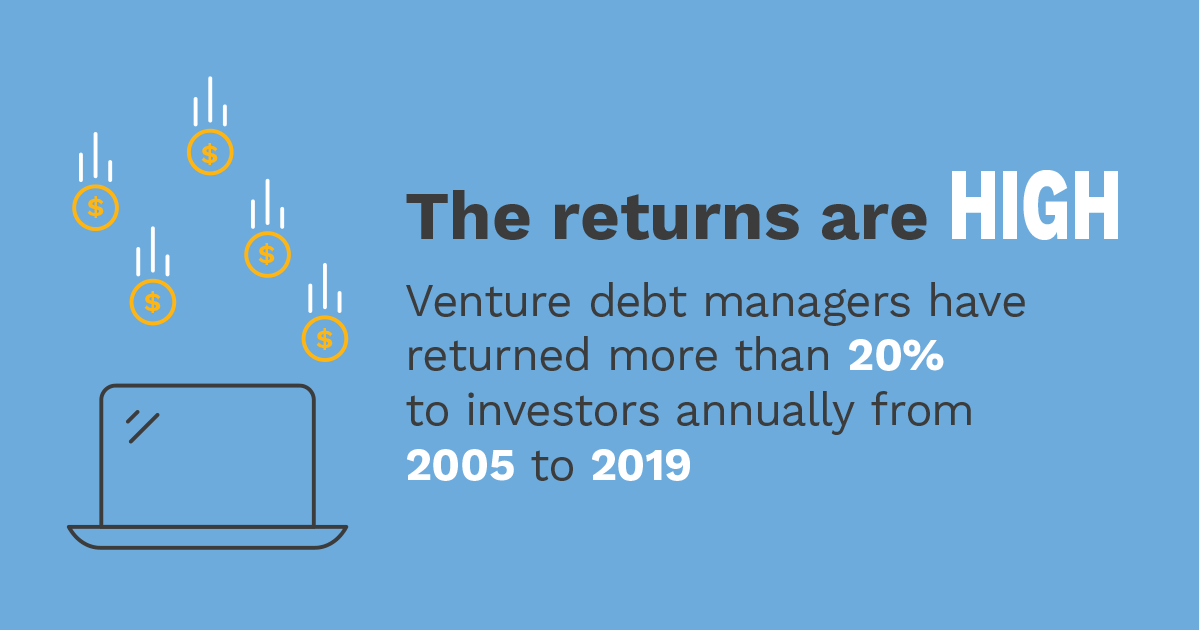 4. The returns are high relative to other fixed income investments

For managers and their investors, the space promises chunky returns in the constant search for stable yield. According to Wells Fargo data, venture debt funds can command interest rates of between 7% and 14% on loans with maturities of between three and six years. This has enabled venture debt managers to return more than 20% to investors annually from 2005 to 2019, according to venture lender Applied Real Intelligence. This is a figure many multiples higher than investment grade debt returns.

Because venture debt represents a way to give start-ups a cash injection without diluting existing equity holdings, managers with existing venture capital managers have found the asset class to be a natural complement to their existing business. Oxford Saïd Business School research confirms that the way venture debt is deployed serves to augment rather than replace venture capital. 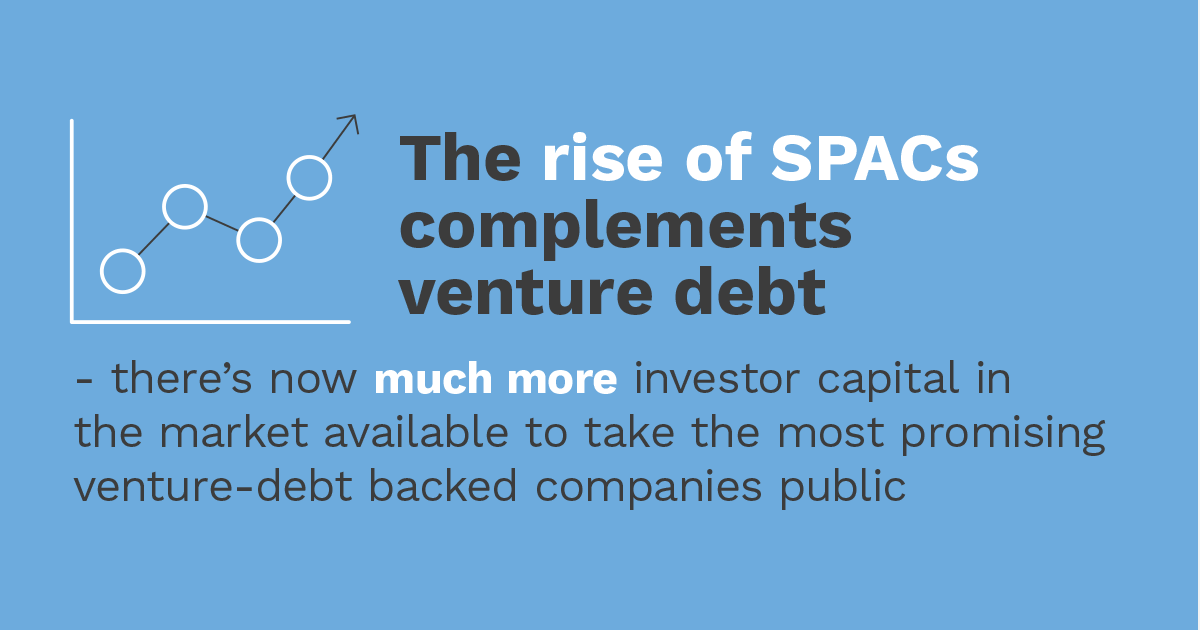 Combined with the recent rise of Special Purpose Acquisition Vehicles (SPACs), which raised $80bn in 2020, the opportunity in venture debt for managers is even better, as there’s now much more investor capital in the market available to take the most promising venture-debt backed companies public. It’s no coincidence that the venture debt market has been hotting up at the same time as SPACs, as venture debt can act as a bridge to an eventual SPAC event.

Conclusion: the venture lending market is in a strong position and tipped for more growth – an inviting prospect to lenders of all varieties.